Murugadoss explains the difference in reception for Spyder’s Telugu & Tamil

Superstar Mahesh Babu and star Tamil director AR Murugadoss’ Spyder released on Wednesday to moderate response from critics and moviegoers. But surprisingly, Spyder’s Tamil version received a much positive response from Tamil audiences.In his latest interview post Spyder’s release, Murugadoss explained the reason behind the difference in the reception for both the versions. “Mahesh Babu’s home audience expects a certain kind of heroism from him. In Spyder, he is not larger than life. So it’s taking his fans in Andhra and Telangana longer to accept him in an understated low-key heroism. Whereas in Tamil Nadu the audience is more accepting of Mahesh Babu’s scaled-down heroism,” Murugadoss said.

Meanwhile, Spyder’s Telugu version is eyeing to cash in on the long weekend due to festive holidays. 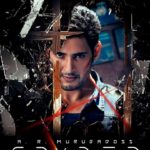 Another disaster in the kitty for Mahesh