Jana Sena Party president and power star Pawan Kalyan has disclosed an interesting development with regard to how the BJP leadership at the Centre tried to intimidate him for questioning the NDA government on the special category status issue.

Interacting with media persons in Hyderabad on Wednesday, Pawan said he had received information that Income Tax authorities might conduct raids on him.

“They thought I evaded tax payment. But I did not take the threats seriously, as I had not amassed any illegal wealth,” he said.

He made these comments in the context of why TDP president and Andhra Pradesh chief minister N Chandrababu Naidu and YSR Congress party president Y S Jaganmohan Reddy were afraid of questioning Prime Minister Narendra Modi for not fulfilling the promises made in AP Reorganisation Act.

“It is said they are worried about the pending cases against them and are afraid that the centre might probe the cases if they raise their voice,” he said.

Pawan said the protests being made in Delhi by Andhra MPs had lacked sincerity as every party is looking for political mileage in the process.

Stressing the need for forming Joint Action Committee (JAC) to achieve Special Status, the Jana Sena chief appealed all the district-level leaders to join the movement irrespective of the parties.

He appealed the parties which have opposed Congress and BJP to extend support to third front. 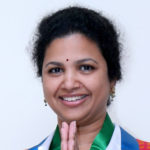