A day after Chandrababu Naidu pulled out TDP’s two ministers from the Union Cabinet, YSR Congress chief Jagan Mohan Reddy on Thursday said all MPs from Andhra Pradesh should submit resignations to mount pressure on the Centre over the special status issue.

“All MPs should submit mass resignations and we should support each other in the no-confidence motion,” Jagan said, adding that the state was bifurcated on the very condition that special status would be given.

Andhra Pradesh Chief Minister Chandrababu Naidu on Wednesday night decided to pull out Telugu Desam Party’s two ministers from the Union Cabinet, but said that the party would remain in alliance with the BJP, for now.

In the game of one-upmanship with the YSR Congress, the TDP is pre-empting any move by Jagan Mohan Reddy who has announced resignation of his Lok Sabha MPs if the demand for the special category status for Andhra is not met.

The TDP’s decision to pull out its ministers from the Union government was taken at a meeting called by Naidu late in the evening, hours after finance minister Arun Jaitley said that the Centre can’t offer special status, but would offer a special package with equivalent funding to the state.

Naidu said that Arun Jaitley’s statement was the last straw. “I laid out all the demands concerning special status for the state to the Centre, but the finance minister made it clear that he cannot give it. What is the purpose of joining the Cabinet when the Centre cannot resolve the state’s problems?” he asked.

“We have waited enough. We have believed in false promises enough. Our ministers are resigning from the Union Cabinet. We will do whatever it takes to fulfill the aspirations of the people of Andhra Pradesh,” he said.

Referring to Jaitley’s statement that the Centre had already given Rs 4,000 crore to the state, he said that the government is more interested in showing calculations than helping out. “You were part of bifurcation. Now comparing with other states is not right. It’s not right to say that sentiments will not get funds. It is like degrading our state,” he said.

But he clarified that only the resignations of two TDP MPs – civil aviation minister Ashok Gajapathi Raju and minister of state for science and technology YS Chowdary – will happen on Thursday and the decision on quitting the BJP alliance will be taken at a later date. “We have to see and plan what happens next from here. Telugu public is ready to fight and come out of this problem,” Naidu said.

He said that the decision to pull out the ministers was taken after consulting all the MPs and MLAs of the party. “The BJP has not fulfilled its promises. We have incurred big losses as a state. We never asked for bifurcation,” he said.

He further said that as a courtesy, he had called the PM’s office to inform him about the decision, but PM Modi did not come on line.

Sources in the BJP, however, said they were confident that this was a temporary setback and a compromise would be reached. On Jaitley’s failed outreach effort, they said that the finance minister only said what was constitutionally possible.

The development comes after months of uncertainty and strained ties between the two alliance partners. Earlier in the day, Naidu had hinted that he could sever ties and also used Congress president Rahul Gandhi’s offer of special status to the state if his party comes to power to hit out at the BJP.​ 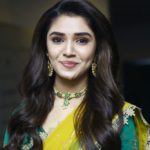 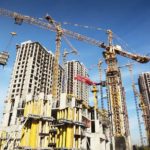 IT raids 2 realty developers in Hyderabad 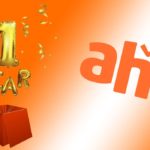 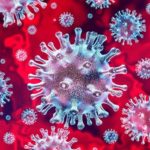 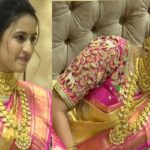 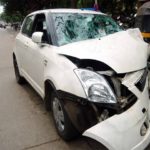