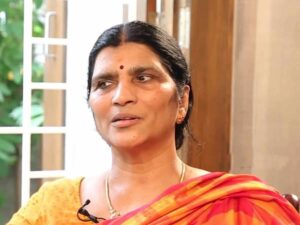 Parvathi’s suggestion is likely to trigger a new debate in the political circles in the wake of Junior NTR’s recent meeting with Union Home Minister Amit Shah in Hyderabad.

Parvathi, who is currently in YSR Congress party, said Junior NTR should take over the party from N. Chandrababu Naidu, who had ‘snatched’ it from NTR in 1995.

Her suggestion came amid speculations that Amit Shah invited Junior NTR to join the BJP, which is looking to expand its base in both Telangana and Andhra Pradesh.

However, the meeting triggered a debate in political circles as it came amid BJP’s aggressive push to consolidate its base in both the Telugu states.

In this context, Lakshmi Parvathi urged Junior NTR, her step grandson, to take over the reins of TDP. Calling the young actor ‘abbayi’ (my boy), she feels that he should take control of the party which was floated by his grandfather but was usurped by his son-in-law Chandrababu Naidu in a coup.

This is not the first time that Parvathi has made this suggestion. “I had said this earlier too and I will remain in the forefront to urge him to take over the party of his grandfather,” she said.

Junior NTR is son of N. Harikrishna, one of the eight sons of NTR, as the late leader and legendary actor was popularly known.

The actor-turned-politician had floated TDP in 1982 on the slogan of Telugu self-respect and created a record of sorts by leading the party to power within nine months, ending the single party rule of the Congress in then undivided Andhra Pradesh.

NTR died in 1996 at the age of 72, a few months after he was thrown out of power following a revolt led by his son-in-law Chandrababu Naidu after differences in the family over Laksmi Parvathi’s interference in the party matters and governance.

NTR’s children and Naidu were unhappy with him ever since he married Parvathi, a teacher and his biographer, in 1993. The thespian’s first wife Basvatarakam had died of cancer in the 1980s.

NTR led the TDP back to power with a record-breaking majority in 1994, but a few months later Naidu with the help of NTR’s children led a coup.

After NTR’s death, Lakshmi Parvathi floated NTR TDP but soon went into political oblivion. After Y.S. Jagan Mohan Reddy floated the YSR Congress Party (YSRCP) and she joined the party. After the party came to power in 2019, she was appointed chairperson of Telugu Academy.

Junior NTR had campaigned for Chandrababu Naidu-led TDP in 2009, but stayed away from active politics. Despite speculations, he did not campaign for TDP in 2014 and 2019.

Junior NTR, who has acted in about 100 films, is one of the top actors of Tollywood and enjoys huge popularity in both the Telugu states.

His father Harikrishna was also an actor and served as a state minister and Rajya Sabha member. He died in a road accident in 2018

In 1999, Harikrishna quit the TDP accusing Naidu of deviating from the ideals of NTR and formed a new party called Anna TDP, which failed to make a mark.

Though he continued as TDP politburo member, Harikrishna had openly expressed his displeasure over Naidu promoting his son Nara Lokesh as his successor.

He was reportedly keen to see his son Junior NTR, a popular actor, taking reins of the party.

Junior NTR is the son of Harikrishna from his second wife Shalini. There were differences within the family over his second marriage. 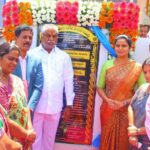 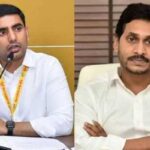 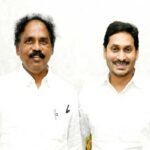 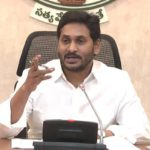 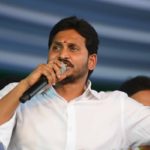 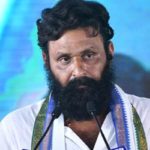